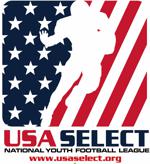 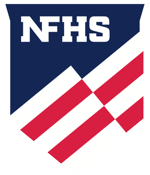 *During certification the Mustangs only had 11 of the 14 minimum playable players, therefore a forfeit. The AC Cowboys chose to accept the forfeit.  Mustangs agreed to play anyway.

*During certification the Arlington Apaches did not have Tx State ID's, therefore the game is a forfeit.  The Apaches presented TEYSL league ID's. The BC Spartans chose to accept a forfeit.

Note: During discussion at the game, a parent of a Apache player showed in a BAND message to the organization from TEYSL that they were told of the rule well in advance as to the requirement of State ID's or U.S. Passports or Military dependent Id's for Texas Select State Championships.

League rules require that a team must have 14 playable players to advance to playoffs. (this is to insure that should 2 or 3 players get hurt during the game, that the game can continue with 11 players)

This collaboration is not new, this is the 4th year that this State championship has been collaborated with independent leagues from the DFW area.

Teams and orgs. should follow the USA Football practice guidelines and heat acclamation.